We have all asked ourselves why the Bucs with the best offense in team history and one of the top offenses in the NFL could not do better than a 5-11 record and a last place finish in the NFC South.

Jason Pierre Paul got my attention at his season ending press conference on Monday when he said some guys just weren’t keeping it real and as long as you have that in the locker room it’s difficult to get over that hump to get tp the playoffs.

We now who one of the guys were in the locker room not keeping it real. Brent Grimes. Grimes who missed the first two games with a groin injury was back on the field for the Monday night game against Pittsburgh.

Mike Smith the DC at the time preferred a man to man type defense instead of a zone and Grimes was asked to cover Antonio Brown. Makes sense since the bucs were using 2-3 rookies in some coverages at the time due to injuries.

Most guys would be looking forward to this type of matchup. Not Grimes. He complained to Smith and to DB coach Jon Hoke that he felt disrespected because he wasn’t getting paid enough to cover the No. 1 receiver on the opposing team.

Excuse me! You are making $7 a season and you‘re telling the coaching staff you don’t want to cover a certain receiver? If you’re making that kind of money you have an obligation to your team to do what is asked of you.

Grimes main point was that the corners that cover the opposing teams No. 1 receivers earn in the $12-$14 million dollar range per season.

Grimes felt so disrespected that he pretty much shut it down mentality. He said he even thought about retiring. To quote Grimes “That’s disrespectful and it (expletive) up my whole vibe for the whole year, to be completely honest. Because it’s just disrespectful. I just felt disrespected”

Grimes was also taken out of the game in Chicago in the second half for using a cell phone on the sideline. Grimes obviously did not agree saying “It’s (expletive) 2019 Phones are everywhere, bruh. That’s ridiculous.”

Why didn’t Dirk Koetter do anything about this disgraceful behavior? What about Jason Licht? Surely he was informed of this. As a member of any management team dealing with theses type of issues and conflict resolution is part of your responsibility to the team you lead. To not do anything is dereliction of duty.

With this kind of cancer in the locker room coupled with DeSean Jackson and his constant pouting about his touches and balls being thrown his way, its no wonder the Bucs weren’t more competitive.

I fault Jason Licht more for allowing this to fester all season than Dirk Koetter. It’s Licht’s responsibility to bring in the right players, create a good locker room environment, and create a culture of winning.

Ask yourself. Would this have been tolerated in Bill Belichick’s locker room? How about Mike McCarthy? Mike Zimmer? I think we all know the answer to that.

By his failure to act, Jason Licht failed the Bucs and the fans this season.

No one is bigger than the team. Grimes and Jackson are veterans in the league and a lot of the young players look up to these guys. What kind of example are they setting for these young guys? Not a very good one.

Grimes is probably done and won’t play again in the NFL. Jackson will move on and probably get another chance somewhere. The Eagles are rumored to be interested.

By doing nothing the Bucs tolerated and encouraged this type of conduct in the locker room. With Grimes and Jackson not returning let’s hope that starts a shift in the culture of the Bucs locker room. 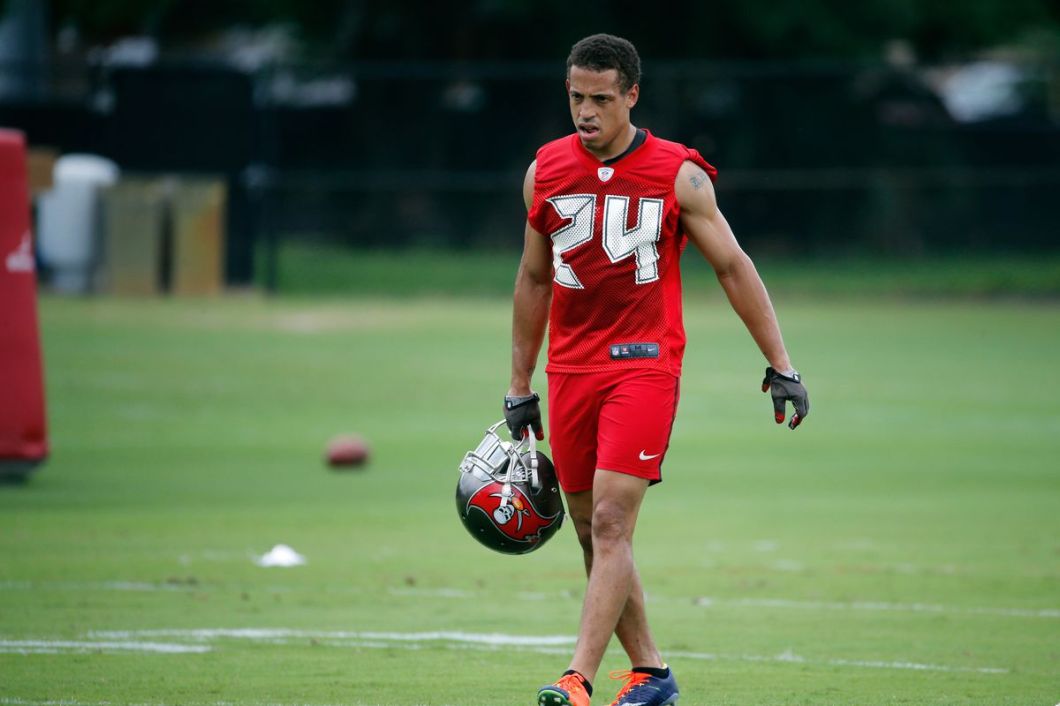