What a fun and thrilling season to be a part of for the Lightning fans and the players that Steve Yzerman brought together to get a chance to play for the Stanley Cup.

The Lightning were back to work today getting ready for their first round match-up against John Tortorella and the Columbus Blue Jackets. We will have our first round preview series up on Wednesday morning.

But first back to reminisceing on the regular season and a look at the outstanding accomplishments and records set by this Lightning team.

Nikita Kucherov really came into his own this season and in the process of winning the Art Ross Trophy as the leading scorer in the NHL with 128 points, Kucherov now owns the best season ever in the NHL by a Russian born hockey player.

Kucherov eclipsed the 127 points by Alexander Mogilny who put up those points with the Buffalo Sabres during the 92-93 season.

The Lightning also had three players top the 40 goal mark this season. The captain Steven Stamkos had 45 goals, Braydon Point and Nikita Kucherov each had 41 goals. This is the first time that any team has had three 40 goal scorers since the 95-96 Pittsburgh Penguins when Lemiex, Jagr, and Nedved all had north of 40 goals.

This high powered Lightning team also had one of the best offenses in years as they averaged 3.94 goals a game, the best since that 95-96 Pittsburgh team.

There could also be more hardware handed out after the season as Kucherov should be given serious consideration for the Hart Trophy given to the MVP of the league and Victor Hedman should be a finalist again for the Norris trophy.

Let’s not forget about the great job coach Jon Cooper has done all sesson pushing the team when they needed a little nudge and knowing when to back off and let the leaders on the team handle things.

Cooper should also be given some consideration for the Jack Adams award which goes to the coach of the year.

Rookie-Erik Cernak. Brings a grit and toughness to this team that has been lacking in past years.

Most Improved-Yanni Gourde. His playmaking ability, puck handling, skating, everything about his game has improved.

Biggest surprise-Louie Domingue. The 11 wins by Domingue from late November to late December subbing for the injured Vasilevskiy help propel Domingue to over 20 wins this season as the backup to Vasilevskiy.

Lightning fans, it has been a great season so far. But there is one more piece of hardware that is needed to put the proper finishing touch on the season. And that is the Stanley Cup.

These next 16 wins will be the hardest wins to get in all of sports. This is the best Lightning team of all-time and one of the best teams ever put together in NHL history and is the odds on favorites to win the Stanley Cup.

The second season is about to begin. Let’s go Lightning. 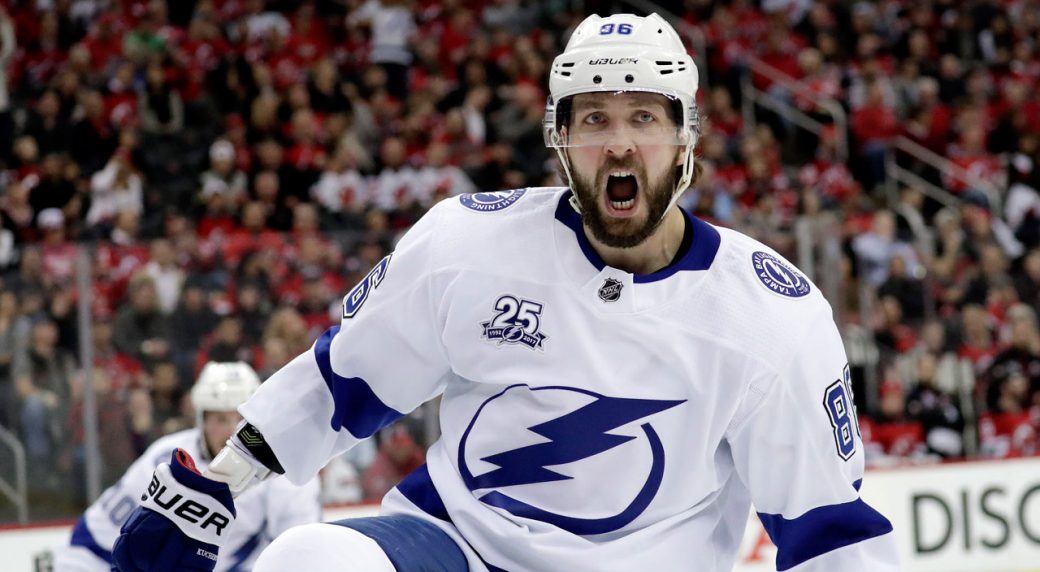